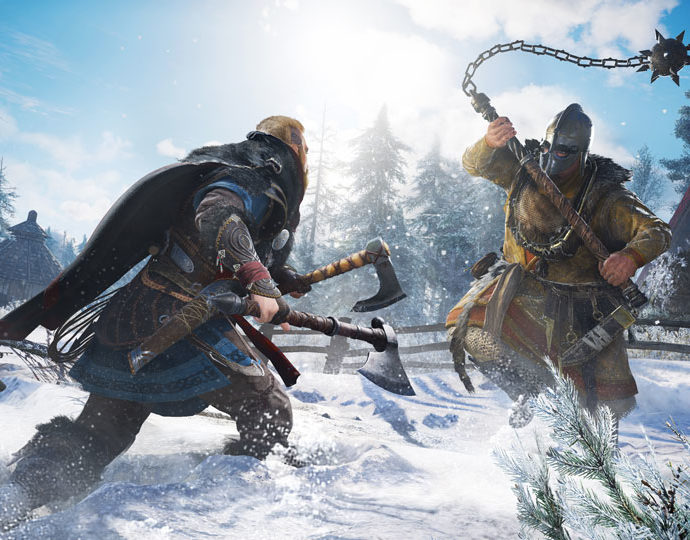 Ubisoft has officially announced Assassin’s Creed Valhalla coming out in 2020. And with a giveaway name like Valhalla, its all about Vikings. There is no definite launch date but is expected “Holiday 2020.”

So far there is no actual game play available but check out the CG cinematic trailer released by Ubisoft below.

Similar to all the other titles in the Assassin’s Creed series, Valhalla will feature open-world action-oriented gameplay. The game will feature raids, settlement building and political influence mechanics, according to Ubisoft’s press release.

Assassin’s Creed Valhalla – The History Behind the Viking Legend

Assassin’s Creed Valhalla takes place toward the end of the ninth century, a time when Norse tribes were leaving their homes in Scandinavia and sailing to the collection of fractured kingdoms known as Anglo-Saxon England. It’s here, during this age of transition, that you’ll take on the role of Eivor and lead your people to a new land in the search for a new home. As you embark on Valhalla’s epic Viking journey, you’ll lead deadly raiding parties, fight in massive battles, and build up a prosperous settlement, all within the historical backdrop of ninth century England.

Assassin’s Creed is an action-adventure video game developed by Ubisoft Montreal and published by Ubisoft.

2020-04-30
Previous Post: What is Remdesivir?
Next Post: Disney Face Masks – Donations for Families and Communities in Need